Both men and women have mammary glands that develop differently according to sex during puberty. In women, the mammary glands grow by the action of female hormones and go through different stages according to the menstrual cycle, pregnancy, and lactation. These glands exist in men but do not develop as in women. Thus, when we talk about breast problems, we usually think of women, leaving aside men. Still, they can also suffer from various conditions and pathologies.

Gynecomastia is the enlargement of one or both breasts in men because of the abnormal growth of the mammary glands caused by a hormonal imbalance. Despite what is thought, gynecomastia affects 40 to 60% of the male population between 18 and 50. It is essential to differentiate gynecomastia from adipomasty. Adipomasty is the growth of the breasts because fat accumulation is more common in obese or overweight men and is confused with gynecomastia. 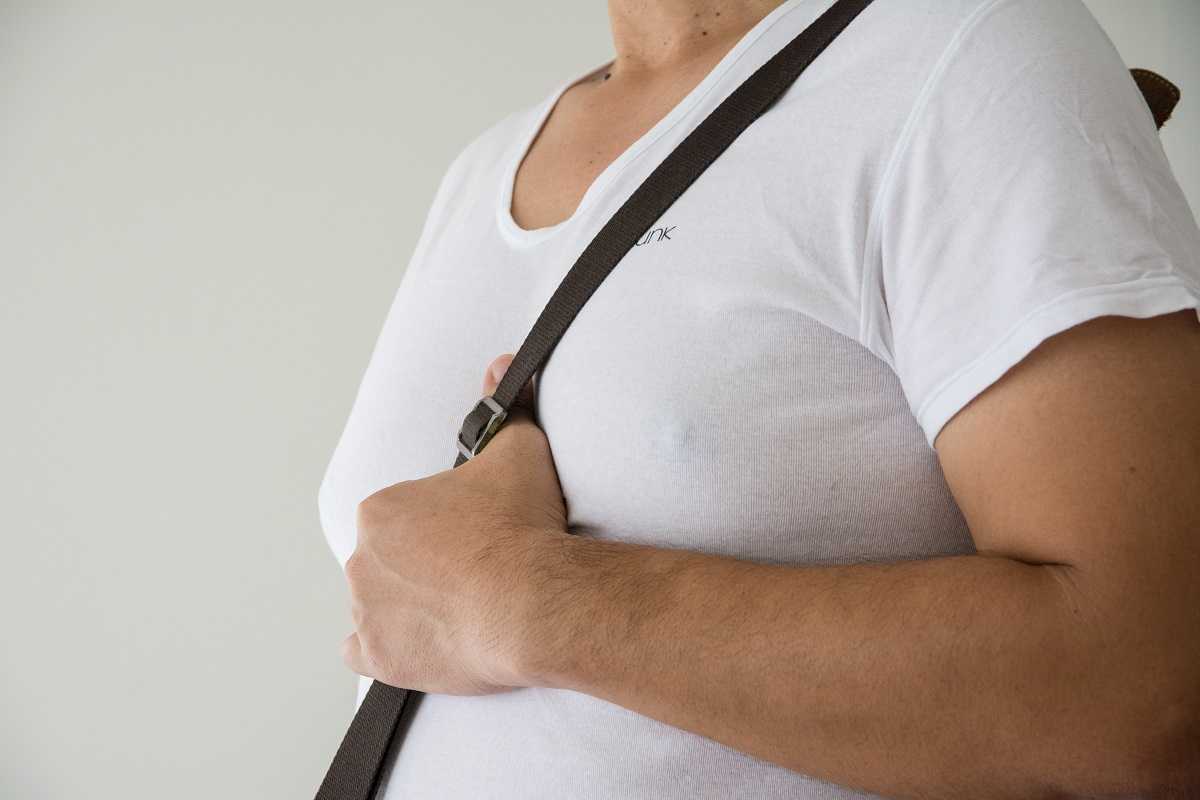 Why does gynecomastia occur?

To understand it, we know that the mammary glands regulate three main hormones, estrogens, progesterone, and prolactin. Estrogens and progesterone handle their growth and development. When puberty arrives, these hormones increase their levels in females and produce changes in the body, including breast enlargement. In males, these hormones maintain low concentrations, so the breasts do not develop. Based on this, when gynecomastia occurs in men, there is a hormonal imbalance, where estrogens and progesterone (female hormones) increase or androgens (male hormones) decrease.

What are the causes?

Several causes can produce gynecomastia. We can divide these into:

Regular hormonal changes, characteristic of the human body, produce them and disappear naturally. It is common in babies because of the action of maternal estrogens and adolescents during development. The latter case resolves naturally after six months to 2 years or at the end of adolescence. Physiological gynecomastia is a bilateral, smooth consistency and symmetrical distribution.

Drug-induced gynecomastia is more common than it seems. Some drugs in order of frequency that can produce are:

For example, cyproterone, which is an anti-androgenic, or finasteride and dutasteride, which are 5-alpha reductase inhibitors. These drugs inhibit the action of testosterone, favor estrogen activity, and are used to treat prostatic hypertrophy or prostate cancer.

Such as ketoconazole, metronidazole, or isoniazid, used to treat microbial infections caused by bacteria, fungi, and parasites.

Such as methotrexate, and alkylating drugs, among others, with antitumor effects.

Enalapril, captopril, amiodarone, spironolactone, nifedipine, and methyldopa are some drugs used to treat cardiac pathologies with gynecomastia side effects. 5 to 10% of men taking spironolactone abandon the treatment because of its impact on the mammary glands.

Action on the central nervous system

Haloperidol showed gynecomastia as a negative side effect. Other drugs, such as diazepam, phenytoin, opioids, and tricyclic antidepressants, have also been associated with this effect.

Ranitidine, metoclopramide, cimetidine, and the famous omeprazole can cause gynecomastia.

Different medical conditions can cause hormonal imbalances and produce gynecomastia as a symptom. Some of them are:

Here, the male sex glands (testes) do not function properly, and there is a decrease or absence of male sex hormone production. Hypogonadism can occur in Klinefelter’s syndrome or pituitary insufficiency.

Prolactinoma is one tumor that produces alterations in the mammary glands. It appears in the pituitary gland of the brain. It creates excessive prolactin, the hormone that stimulates milk production. Other tumors, such as testicular or adrenal tumors, can produce gynecomastia.

When the thyroid gland is overactive and secretes too much thyroid hormone (thyroxine), alterations in the metabolism of sex hormones can occur. One of these is an increased conversion of testosterone to estradiol, resulting in gynecomastia.

Many people with renal insufficiency and receiving dialysis present hormonal changes that can produce gynecomastia.

When the liver has altered, the metabolism of many hormones can’t be produced or is changed, including sex hormones. Medications used in this condition can also produce gynecomastia.

Men can also have breast cancer; when this happens, one symptom could be unilateral or single-breast gynecomastia.

Depriving the body of adequate nutrition produces hormonal alterations, especially testosterone levels. As these levels drop, estrogens that remain the same prevail and can have gynecomastia.

It is one of the most frequent causes and can occur at any age. There is no apparent cause, and there are no symptoms apart from breast enlargement or other findings.

Using herbal products such as lotions, oils, and soaps made from tea trees or lavender is associated with abnormal breast growth.

What are the symptoms of gynecomastia?

The primary symptom is an abnormal growth of one or both breasts that is accompanied by:
• Pain.
• Swelling.
• Breast tenderness.
• Nipple tenderness, especially when rubbing against clothing.
• Appearance of secretions through the nipple.

How to treat gynecomastia?

To treat gynecomastia, first, we must treat the cause directly. Since there are many causes of this disorder, it is essential to consult a doctor for the first symptoms. To find the cause, your doctor will perform a complete interrogation, a physical examination, blood tests mainly oriented to the hormonal part, and imaging studies. Subsequently, based on the diagnosis, they can administer treatment. 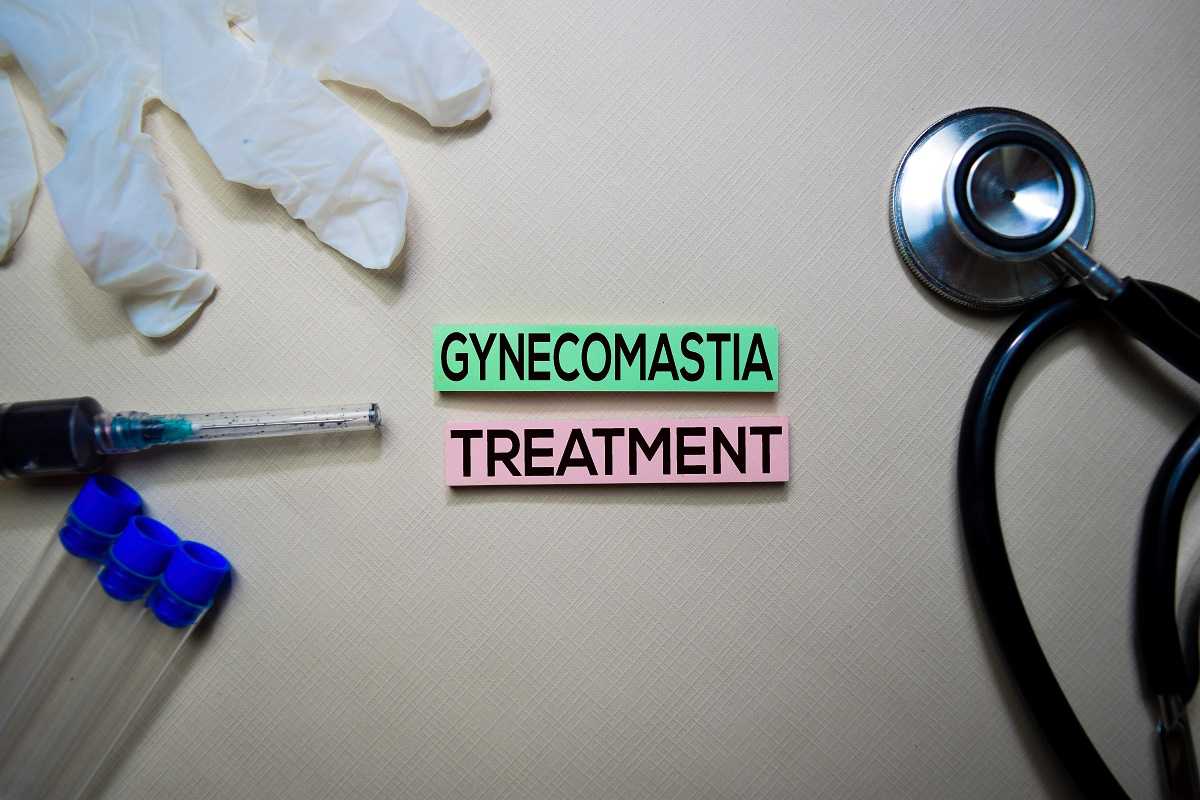 Where the gynecomastia is physiological, there is no need to administer treatment because it will disappear on its own after a specific period. When gynecomastia is medicated, then the drug that produces it is suspended. However, some drugs have been used to treat gynecomastia and have given excellent results. Among them:

This is one of the best and most studied drugs to treat gynecomastia. It is a selective estrogen receptor modulator (SERM) and is the first-line drug treatment. Tamoxifen has successfully reduced breast size and improved symptoms, such as pain and tenderness. In 50 to 80% of cases, it shows complete remission in a few years. We have observed no recurrences or significant side effects.

This is also a selective estrogen receptor modulator that blocks the effects of estrogens in the breast. However, we don’t know the long-term effects.

This drug, known to be part of fertility treatment in women, can also successfully stimulate the hypothalamus in men to cause an increase in testicular testosterone production. Thus, clomiphene is a therapeutic option to correct hypogonadism and gynecomastia.

Women produce this hormone in pregnancy, first by the embryo and then by the placenta. Its function is to prevent the corpus luteum of the ovary from disintegrating to maintain the production of progesterone to maintain pregnancy.
In men, we can administer hCG as an injection to stimulate the cells that produce testosterone (Leydig cells in the testes). In other words, hCG treats low testosterone levels by increasing testosterone production. This is ideal for treating gynecomastia, as it would restore hormonal balance. However, using it for too long or at too high a dose can inhibit the body’s natural testosterone production in the long term. For this reason, it should be used under medical signs and supervision. Another use of hCG is as a tumor marker for detecting testicular and other tumors.

This synthetic hormone is administered intravenously to control the gonadal function of men and women since it can stimulate the production of sex hormones, in this case, testosterone. Its composition is identical to gonadorelin, produced naturally by the hypothalamus. It is also used to diagnose hypothalamus and pituitary gland tumors, such as prolactinoma.

This drug has also been described in the treatment of gynecomastia as a selective inhibitor of aromatase (an enzyme that converts testosterone into estradiol). It manages estradiol levels, decreases estrogen levels, and increases testosterone concentration.

It eliminates the mammary glandular tissue, and we use this option as an alternative treatment when breast reduction has not been achieved after years. Gynecomastia represents an aesthetic, emotional, and psychological problem for many men, so there are cases where this option is used.

Yes, but not completely. The way to prevent gynecomastia is to reduce the risk factors that can be modifiable, that is:
• Not consuming drugs such as marijuana, amphetamines, heroin, and methadone, among others.
• Avoid or reduce alcohol consumption.
• Avoiding the use of anabolic steroids.
• Do not self-medicate.
• Avoid using herbal products containing tea tree or lavender.

After using Testosterone Replacement Therapy (TRT), you will be able to treat your low T levels. If your gynecomastia is caused by low testosterone, you will soon see a reduction in the swelling of your breast tissue.

Are you interested in learning more about how you could potentially benefit from testosterone replacement therapy? Let’s talk. Click to schedule a free consultation today!